Exxon scientists accurately predicted the pace and scale of climate change more than 40 years ago, according to a study that its authors say adds weight to claims the oil firm knew about and sought to downplay the risks posed by continued fossil fuel use.

Scientists working for Exxon between 1977 and 2003 accurately forecasted the rate at which global average temperatures would rise as a result of carbon emissions, correctly predicted that human-caused global warming would first be detectable by around 2000 and reasonably estimated how much carbon dioxide would lead to dangerous warming, according to the study. 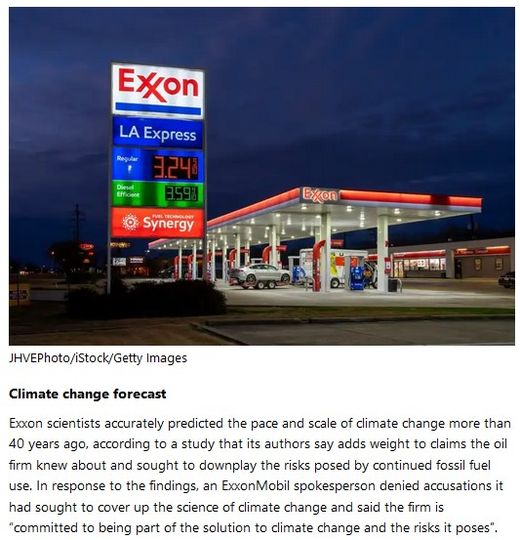